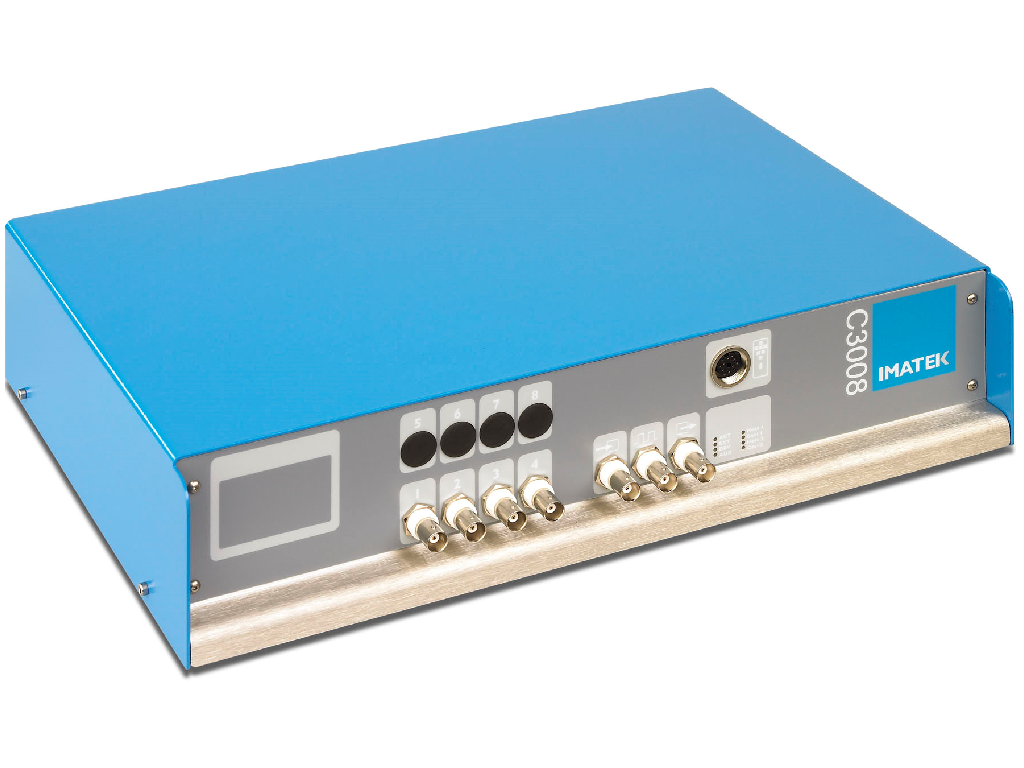 Imatek System’s standard data acquisition hardware gives you the ability to record the signals from 4 different transducers. An optional upgrade increases that number to 8 channels. And if that is not enough, since V3.4.19 the Impacqt software has had the ability to connect with up to four C3008s, allowing you to record data from no fewer than 32 channels. Given that a measurement of impact force, together with the initial impact velocity, is sufficient to calculate all the standard results, what use are the extra channels? Here are some ideas.

Make a direct measurement of displacement 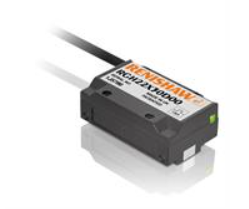 The device most commonly to be found attached to an additional channel is some kind of displacement transducer, whether an LVDT type connected to an analogue channel or an encoder type connected to a digital channel. Of course the software calculates the mass carriage displacement using the force or acceleration signal, but there are several reasons why it is useful to have an independent measure.

If you are performing compression tests on an elastic material, it might be important to accurately know the peak deformation. A direct displacement measurement will provide this without being affected by small errors in the force measurement (including friction caused by side loads).

Another common use of displacement measurement is to provide a check on the test set-up: if you routinely compare the measured displacement with that calculated from the force measurement you can spot errors such as incorrect amplifier settings, or an incorrectly entered impact mass, or a range of more subtle errors.

Finally, displacement measurement can be used to check the calibration of the force transducer, and even to make adjustments.

Displacement channels are fully supported in the Impacqt software: they may be used in the energy calculation and also to derive the velocity. 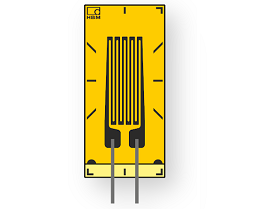 Strain gauges are another common use for additional channels. One obvious application is high-rate tensile testing, where they are used to directly measure the strain on the specimen as a function of applied force. In order to reduce errors caused by the specimen bending during the highly dynamic test, gauges can be attached to both sides of a flat specimen and the software used to average the output of the two. The software can also be used to linearise the output of the gauges when they are subject to very high strains in order to obtain data well past the linear portion.

The use of strain gauges is not, however, confined to tensile testing, and they can be applied to measure the response of a variety of specimens: for example, placed on the back side of a composite coupon. 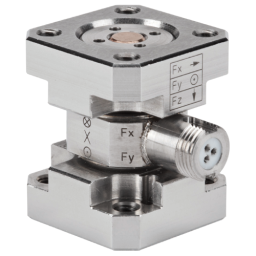 When testing flat specimens, such as polymer plaques and composite coupons, the impact force is largely perpendicular to the face of the specimen, and parallel to the direction of travel of the mass carriage. This means that side loads are minimal, and errors due to friction between the mass carriage and the guide bars are negligible. On the other hand, when testing structures and assemblies it is sometimes the case that the impact force is deliberately not vertical, and therefore it is desirable to measure the components of the force in all three axes to quantify the side loads. This can be achieved using triaxial load cells connected to three separate channels, with the software handling all the necessary calculations.

As an alternative to placing the force transducer behind the impactor, it is also possible to place it underneath the specimen support, and measure the force transmitted through the specimen. If this force measurement is done in addition to the standard transducer (rather than instead of) useful data can be obtained to characterise the dynamic response of the specimen and to check for errors due to friction.

Anything that can be converted to an electrical signal can be connected to one of the additional channels, and the software can be configured to display the data, correlate it with other measurements, and perform calculations on it. Some examples we have encountered:

And finally, don’t forget that a high-speed video camera can be considered a data acquisition device too, a channel that provides rich qualitative and quantitative data.