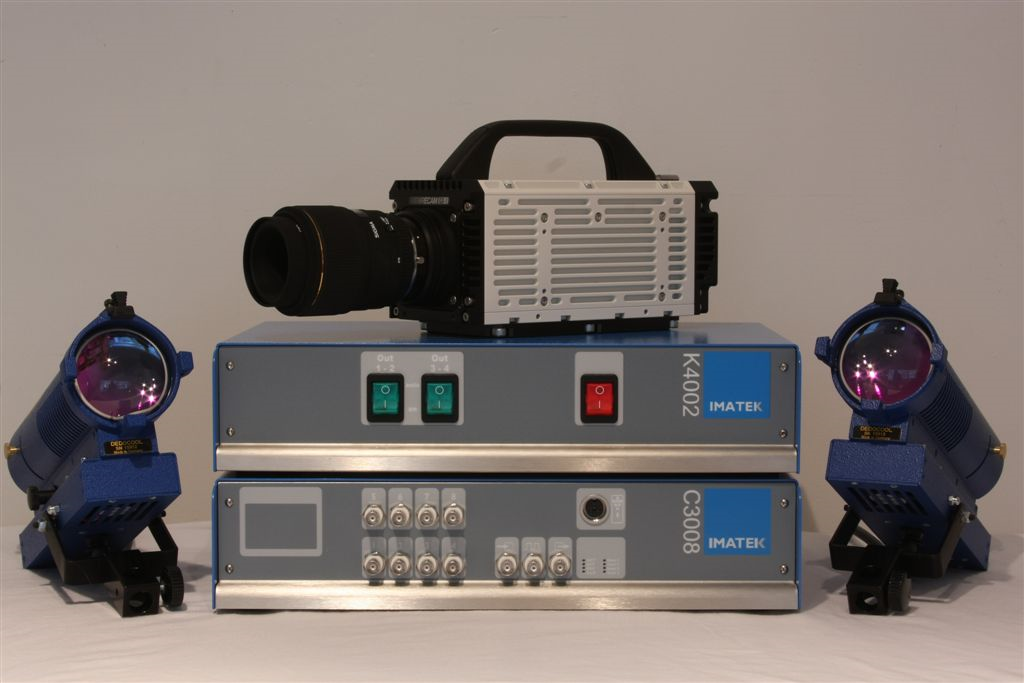 High rate tests, such as performed on servo-hydraulically powered and instrumented impact test apparatus have become widely used as a method of investigating the properties of materials and structures. As technology moves forward, so does the quality of the instrumentation, with gradual improvements in all areas: accuracy, dynamic range, bandwidth and sometimes cost. The quantities most commonly measured during a high-rate event are force and acceleration, and the technologies for doing so are relatively mature. Sample deflection is also an important value that often needs to be determined, but this is not so easily done at the high rates of deformation typically encountered.

High speed photography has historically been one method used to determine the behaviour of specimens under very high rates of deformation, but the high costs involved and the technical difficulty of getting good results has limited its uptake to a relatively small number of users.

In the last decade, however, the technology of high speed digital video photography has made significant progress, to the point where it is set to start making big contributions to many areas of impact testing.

The key factor driving the move forward is one of cost, or more accurately price-performance ratio. At the same time as maximum frame rates are increasing, making the use of high speed video applicable to faster processes, so the hardware costs have been coming down. The new generation of cameras with CMOS sensors allow windowing of arbitrarily sized partial regions of the sensor, allowing frame rates in excess of 100,000 per second, albeit with decreased resolution. Image quality on the latest cameras has improved noticeably, and sensors are becoming more sensitive, leading to less stringent lighting requirements.

Another crucial advantage is the relative ease of use of modern systems, certainly compared with high speed film photography. Often the cameras are self contained, requiring just a power supply and a Gigabit Ethernet connection to a computer. Such systems are extremely portable, meaning cameras can be shared with other users within an organisation, increasing their utility and making it easier to justify the capital cost.

Modern test systems fully integrate video capture with data capture from other sources, for example force transducers, strain gauges and accelerometers. The key requirement is to synchronise all the channels, so that individual video images can be correlated with other signals. They will also be able to automatically turn lights on and off either side of the impact event, reducing any thermal effects on the specimen to a minimum (and at the very least making sure that the thermal history of all specimens is reproducible).

The analysis software forms an important part of the system. Having an integrated system means that the operator only has to enter parameters such as data capture times and trigger conditions once, simplifying the test procedure and reducing the possibility of time-consuming mistakes. It also simplifies the data extraction and analysis process, since the transducer data and video data are all in one place, and time-correlated.

So what extra information can a high-speed video sequence add to an impact test? The answer is both qualitative and quantitative, and depends on the type of test being performed.

Qualitative information can be used to make sense of data that is measured on other channels. High-speed video can be extremely useful when testing complex structures, such as automotive components. It can be used to determine the mode of failure, where cracks initiate and how they propagate, the effectiveness of energy absorbers and in the case of multi-mode failures can be used to relate other signals (for example force) to the failure of different parts of the component under test. 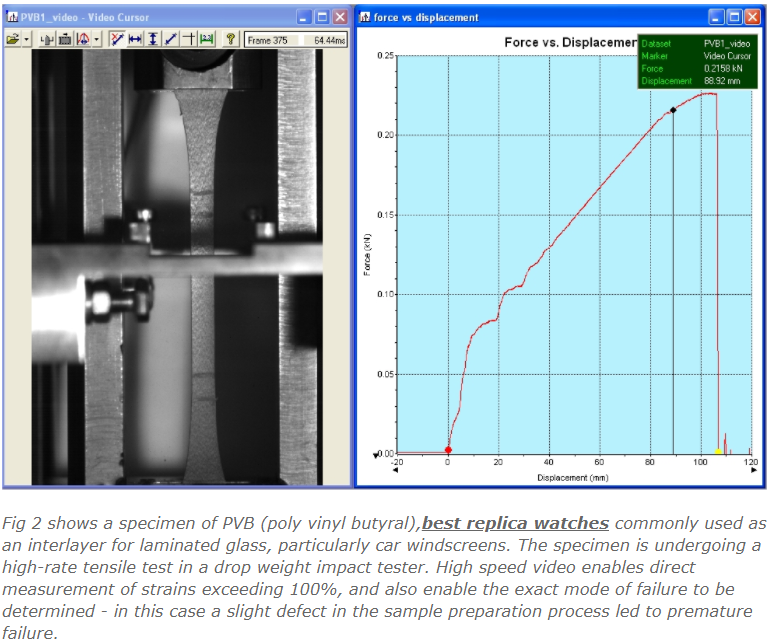 High-speed video can also be used as a method of verifying what it measured on other channels. It can be used, for example, to check for machine compliance issues, and to check that the data being measured are the primarily the response of the specimen being tested and not, for example, any supporting structures. It can also be used to check that the impact geometry is correct.

Further verification of the test method can be obtained by comparing sample displacements obtained from the video sequence with those calculated by other means, for example from the force data.

High speed video can also be used to obtain displacement data, frame by frame, to obtain a displacement vs. time curve. Less commonly it can also be used to obtain angular information. High-quality data requires high-quality input, which means a test apparatus with very low compliance, a camera with good optics, a high contrast subject, a fast enough shutter speed and an accurate calibration procedure. Given all of that, however, it is possible to measure positions with sub-pixel precision (to better than a tenth of a pixel in the right circumstances).

The main advantage of using video in this way is that it allows you to obtain displacement data from specimens that are almost impossible to instrument any other way, and to do so using a non-contact method that has no consumables. This has benefits, for example, where specimens are very small, or where testing is done at high temperatures.

One application is in high-rate tensile testing (at rates of up to 1000/s or more), where the use of high speed video eliminates the need for expensive strain gauging of specimens, and allows the measurement of very high strains in highly elastic materials.

Another example is the measurement of crack lengths and crack propagation speeds during sample failure. 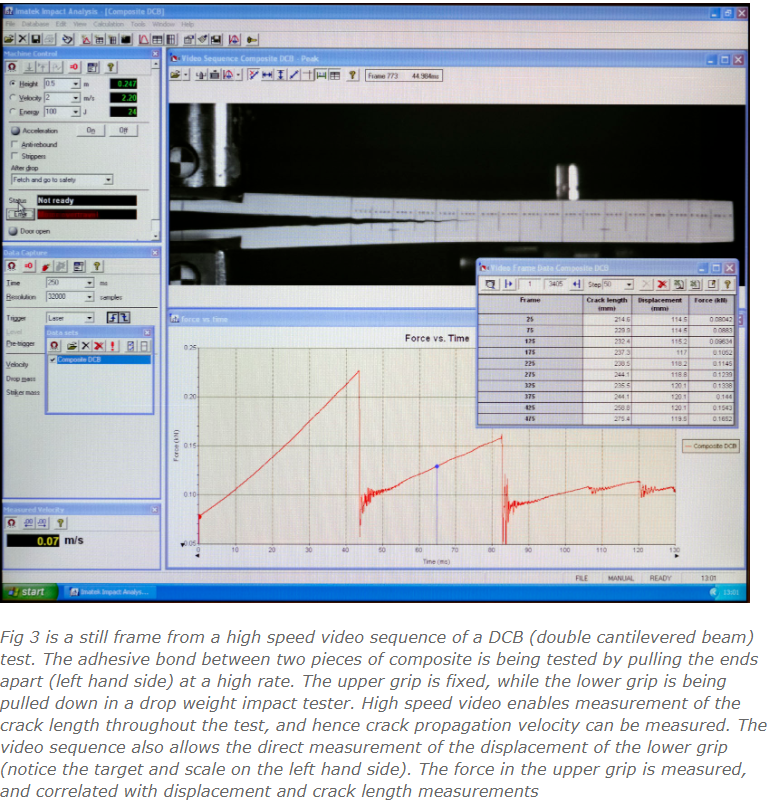 Integrated high speed video technology is starting to be used more widely in a wide range of test applications and as costs fall and performance increases, penetration is only going to increase.

One Thought to “What are the benefits of high-speed video?”